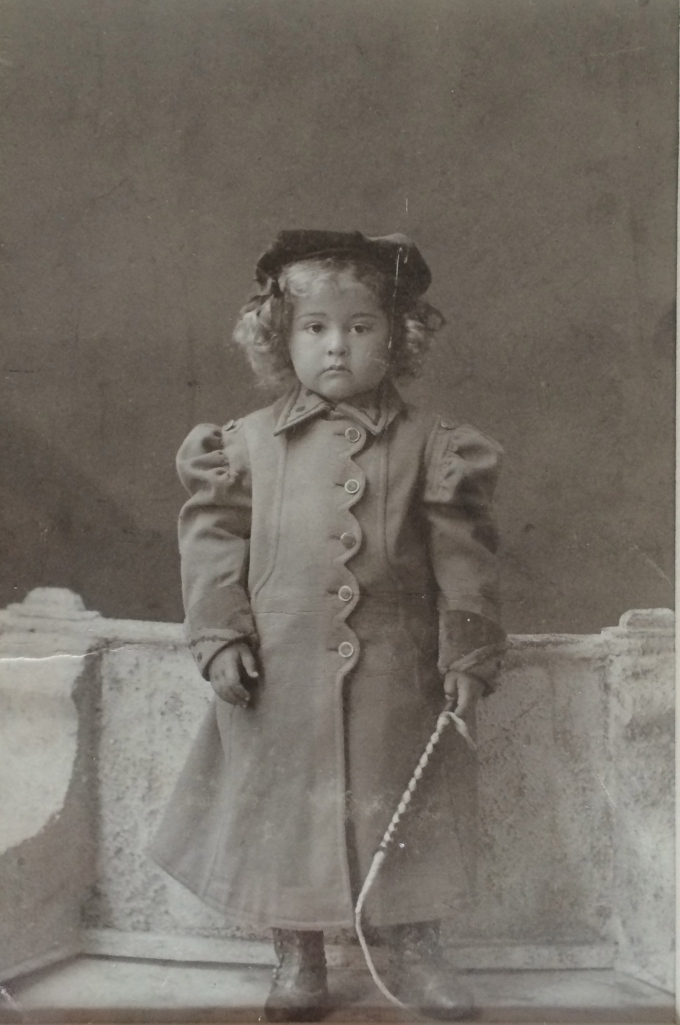 You can read the probable date of of her birth and the date of her death on a stone slab forming part of a low wall at Mount Auburn Cemetery in Cambridge, Massachusetts. The inscription on the stone will likely outlive me, although at some indefinite point in the future it will erode and become illegible.  But what of the living, breathing woman who grew me in her body, the woman who was once the center of my universe? I am now the only one who remembers her alive.

Correction: My two adult sons may be able to recall a cranky shriveled old woman whom once, to please me, they traveled across country to visit during a college break. But was that old woman the mother I remember? Of course not. Or at least, not only. In any event, their visit was brief. And long ago. It’s therefore entirely possible that they may not recall anything much at all except, perhaps, the fact of the visit. If that.

So many qualifiers. May. Perhaps. Not only. If.

Then must she simply disappear, along with me, when I too go into the ground — leaving only the inscription? Was her whole life meaningless? Dust to dust, etcetera? Someone in a writing group to which I belonged five years ago (who was in her late twenties at the time) asked why anyone should be interested in reading anything I wrote about my mother.  What had she done?  What had she accomplished?

I really couldn’t think of anything to tell her that might justify such an interest.  Looked at from her point of view, all my immigrant mother had done with her life, other than live it (and sometimes in the early days just manage to survive it), was to keep house for my father and raise one child — me. She also sold small objets d’art in an upscale department store after I grew up and married, some few of which she bought herself on her employee discount, presumably because they gave her pleasure. I myself didn’t think much of any of them when I had to go through her possessions after she died.  So much for the objective value of her collection of objets.

It’s true she did insist on bearing me to term when her obstetrician advised termination of the pregnancy because there was a tumor, later found to be benign, on her uterus. And obviously I am grateful for this instance of her stubborn fortitude.  But it probably doesn’t count as much of an incentive for other people to read about her.

Yet many men and women,  professional writers or not, write about similarly unaccomplished mothers. A mother is usually the person who made you, or for the most part made you.  I’m not speaking only biologically. She didn’t necessarily do it alone, but often with very little help.  She made you by loving you, or not loving you, or being ambivalent about you, or some combination of these.  By what she said, supportive or hurtful, or what she failed to say.  While almost every mother brings all she can to the job of mothering, sometimes it’s wonderful, sometimes it isn’t, and whatever it is, it forms her child’s earliest conception of what life offers.

So mothers are important even where they don’t contribute to a cure for cancer, important whether they’re good mothers, bad ones, or somewhere in-between.  My own mother is hard to characterize.  She must have very much wanted a baby, since she so forcefully opposed her obstetrician’s medical advice to abort. Whether she was disappointed her baby emerged a girl remains unclear to me.  It’s clear she loved me until I turned thirteen.  Then she became deeply, and vocally, dissatisfied with me for the rest of her life.  How do I understand that, and what it did to me?  How do I explain to myself, and anyone else who might be interested, why for so many years she remained the great failed love affair of my life?  I can do it only by explaining her, by not letting her slip away into the mists of unknowingness.

Not an easy job, that.  For all of my adult years she did her best to evade scrutiny, to hide her real self — if she had a real self — from view.   After I was grown, the woman she allowed to be seen, when she allowed it, was a creature of artifice. As if she she were ashamed of whatever she thought she really was. She got to be very good at artifice. Also she lived in the now. As soon as the now became “then,” it was over. She didn’t speak of it, unless you asked. And then her response was brief and only minimally informative. She didn’t keep letters. She didn’t keep papers. In short, I have my work cut out for me.

But all stories have a beginning, so that’s where I must start — with my mother’s earliest life, the part most hypothetical, because there are so very few photographs remaining from that time and because I have no personal memories of what that earliest life must have been like. Almost all I know I heard from her, and what she chose to tell me may not be what really was.  [I’ve touched on some of this before, in “Shelley and My Mother’s Two Birthdays.”  It’s the question of what we can really know of the past.  Here it is again, writ large as the back story to my own life.]  How well do I remember what I heard as a girl?  How well did she remember what she chose to tell me?  I can’t answer those questions.  I can only put down a best effort at reconstruction. It’s definitely not all fiction.  But how much is, I cannot say.

My mother was born on or about July 16, 1904 in or near what was then Vilna, Russia, to Vladimir Vainschtain and Berta Isaakovna Vainschtain (nee Shulman). I say this as if it were all fact, but much of it is inference. As you will see.

DATE OF BIRTH. She herself told me only that her birthday was probably July 16 on the calendar in use today — but that no one born, as she was, while what she called “the old Russian calendar” was in effect could be exactly sure.   That said, she never objected to my wishing her happy birthday on July 16. [Birthdays are a big deal when you’re a little girl.] What she did object to was any kind of fuss about it. Not even cupcakes and a candle after dinner on that day. And certainly not presents. She didn’t need anything, she didn’t want anything, she would say.

So let it be July 16, whether it really was or wasn’t. The year is somewhat less problematic, although until I was in my twenties I believed she was twenty-six when I was born.  That would have put the year of her birth in 1905, three years after my father’s. I could only have believed this because she had said so when I asked her; certainly she always agreed with me when I would repeat it.  She also agreed she was thirty-eight when July 16 came round in 1943, thirty-nine when I wished her happy birthday in 1944.

As a result, twenty-six became a kind of private benchmark for baby-making to me; I calculated that I would have to marry by twenty-five at the latest in order to stay on schedule. Which I managed to do. (Managed the marrying part, that is. Not the babies. They came later.) It wasn’t entirely to keep up with my mother, but maybe partly. And then, when my new husband and I were visiting for dinner one Sunday afternoon, my father mentioned, a propos of something or other, that he and my mother were two years apart in age.

At first she denied it, but then became confused.

As it turned out, in this instance my father had proof. Unlike my mother, he did keep records. (After he died, I found copies of forty years of his tax returns.) To show he was right, he produced yellowing envelopes full of travel documents.

But if she had wanted to be younger, why only one year younger? After the fact of a 1904 birthdate had emerged untarnished by doubt, I used at first to think her venial little untruth had been driven by vanity, tempered by caution. But now I believe it was simply that once she had misspoken — either because she wasn’t thinking when I inquired her age at the time I was born and answered mechanically, or because she was wrong on the math when subtracting 1904 from 1931 — she simply accepted my version of history. She then confirmed it every time I asked because, to her, it really didn’t matter when she was born.

In short — and relying on my father’s documents rather than hearsay from my mother — I believe my mother was born in 1904 and probably (but not necessarily) on July 16 of that year. What’s harder for me is to imagine what kind of life began for her then, that she should later place no value on the details of its beginning…..

4 thoughts on “THE GIRL WHO BECAME MY MOTHER (PART I)”